“Cooper’s hydrogen development initiative took another large step forward today. We ran an unmodified large-bore, slow-speed integral engine-compressor with an H2 blend of 5% by volume, and we achieved significant reductions of methane in the exhaust. This is the first such run using significant amounts of hydrogen in an engine of this design.” said Cooper CEO, John Sargent. “In May, we will be running up to 33% by volume in the same stock engine. Our customers have thousands of similar units running globally, so the potential reduction of methane is substantial.”

The Cooper test was conducted at their slow-speed integral engine test cell at corporate headquarters located in Houston, Texas. The test engine is the current production, NSPS compliant Cleanburn PlusTM  AJAX 2802 ULE with 15” piston bore, 16” power stroke, and a speed range of 360-440 RPM. Cooper selected the AJAX engine due to the similarities of its combustion system to that of the large fleet of the other engine brands the company services (Clark, Cooper-Bessemer®, Ingersoll Rand, and Worthington). On March 8th, Cooper held its first annual International Women’s Day event at corporate headquarters. The event was a rousing success as female Cooper employees from around the world participated in this Houston-based event and discussed topics that included: how successful leaders overcome and grow from mistakes; how authenticity can be a business advantage; how people can build their personal brand; and how preparation is required for achievement of career goals. Panelists and speakers for the in-person event included: 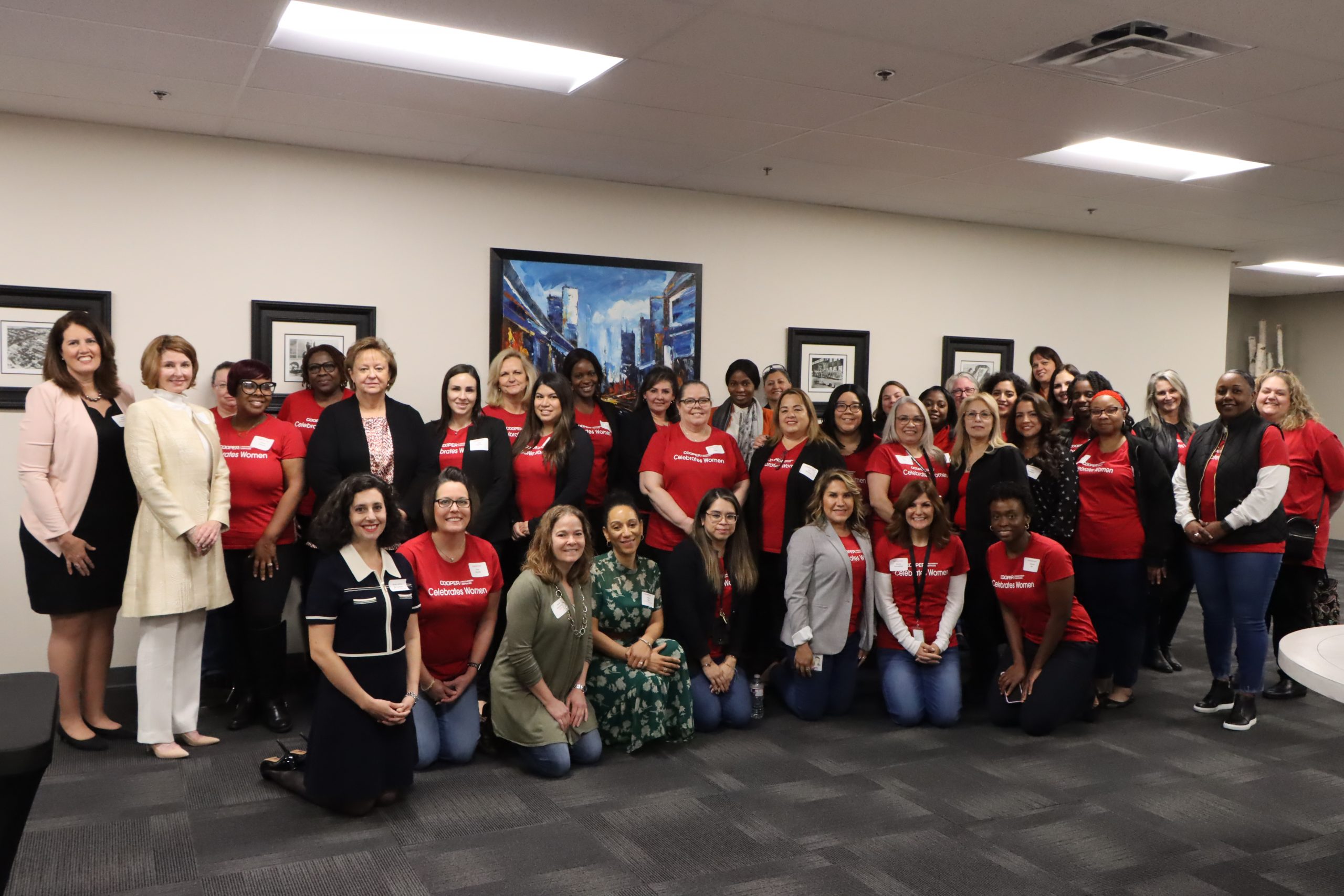