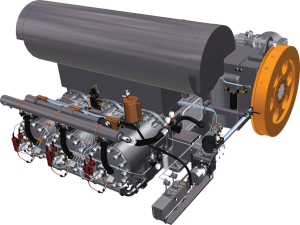 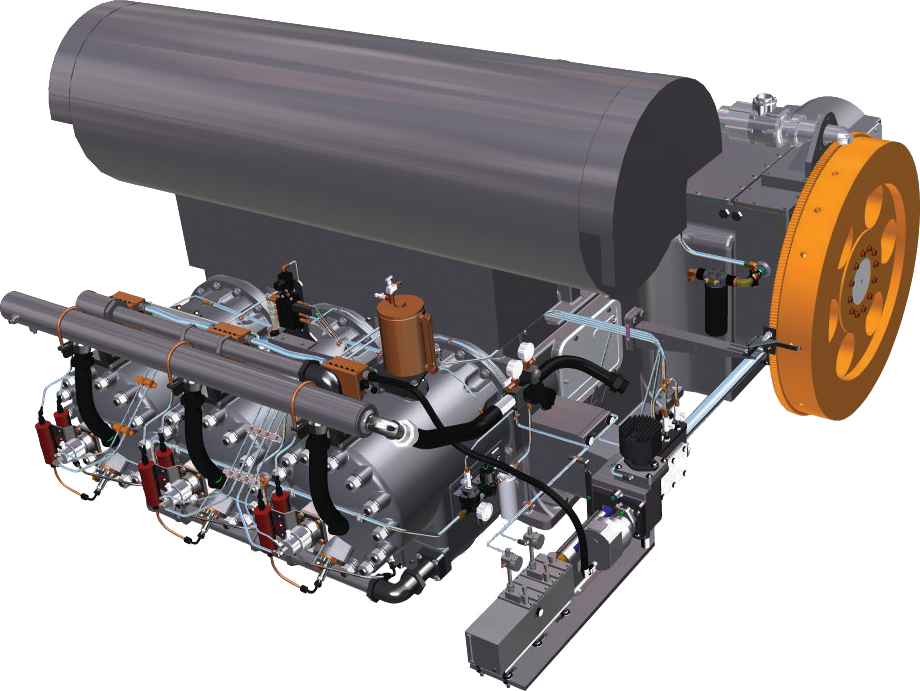 “Cooper’s hydrogen development initiative took another large step forward today. We ran an unmodified large-bore, slow-speed integral engine-compressor with an H2 blend of 5% by volume, and we achieved significant reductions of methane in the exhaust. This is the first such run using significant amounts of hydrogen in an engine of this design.” said Cooper CMO, Matt Forcey. “In May, we will be running up to 33% by volume in the same stock engine. Our customers have thousands of similar units running globally, so the potential reduction of methane is substantial.”

The Cooper test was conducted at their slow-speed integral engine test cell at corporate headquarters located in Houston, Texas. The test engine is the current production, NSPS compliant CleanBurn PlusTM AJAX® 2802 with 15″ piston bore, 16″ power stroke, and a speed range of 360-440 RPM. Cooper selected the AJAX engine due to the similarities of its combustion system to that of the large fleet of the other engine brands the company services (Clark, Cooper-Bessemer®, Ingersoll Rand, and Worthington).

AJAX Engines, the Clear Choice for Your Compression Needs.

Robust, reliable AJAX engines have been manufactured in the United States longer than any other brand of compression engines. Continuous innovations and technologies add compliance, strength, and simplicity to the original design. AJAX integrals with ratings of 148 – 845 bhp (110 – 650 kWb) feature a slow-speed, two-cycle engine design that results in less wear and fewer moving parts and offers greater reliability and efficiency than high-speed separable units. As a result, operating costs are substantially lower over the life of your equipment. The AJAX integral engine-compressors are the economic choice for a variety of applications, including gas gathering, injection, processing, transmission, and fuel gas boosting.

After nearly 50 years of reliable, efficient, long-lasting service, AJAX integral engine-compressors continue to earn their distinguished reputation for being as close to worry-free as any compressor product in the world. The AJAX product line, from 147 to 845 horsepower (110 to 630 kW), and a cylinder line-up capable of handling a wide range of pressures, from vacuum to 5,500 psi (379 bar), offers up to six ratios of capability and the lowest brake horsepower per million flows for a wider range of applications, including sour gas. Thanks to its unique two-stroke design, the AJAX integral engine-compressor virtually eliminates problems typically caused by the presence of sour gas, handling H2S content up to 3.0 mol%.